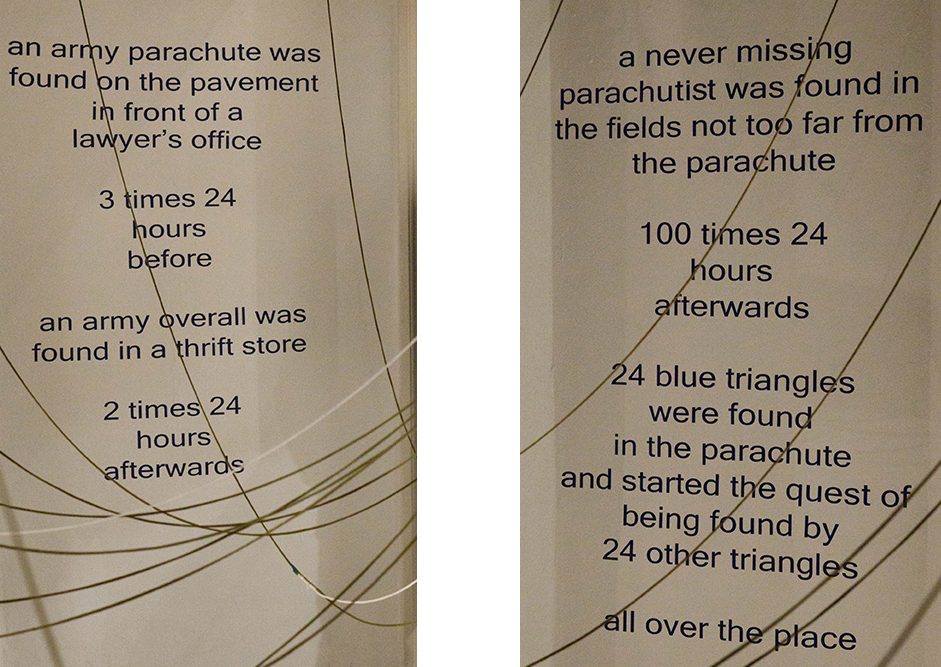 24 a work about time, conjunction and control.

24 and 24-paper (the tabloid)
Performance, installation and publication. The parachute, the 24 triangles, the rubber mats full with bullets used in a shooting club all found me.

24-talk
24 people have received a blue triangle. 6 people were asked to each invite 3 people to talk about: control, coincidence and connections. 24 numbers formed the starting point of the conversation.

More 24?
See also the review by Richtje Reinsma
And the review by Metropolis M’s Sanneke Huisman
Have you seen 24-paper in the shop?