MINE is a presentation based on the archives of the anonymous scientist. For years, the scientific researcher carried out studies into natural and unnatural geometric shapes. MINE was based on the anonymous scientist’ research in the minority group the Miao in China. The Miao organize horse fights during their many rites of passage. During those rites they dance in geometrical shapes. The image of the fighting horses was found in the archive. The only condition for using the scientist’s records was that he remain anonymous, to avoid the ignominy of a promising career having been cut short.

See below the text that was part of the exhibition -in Dutch-. 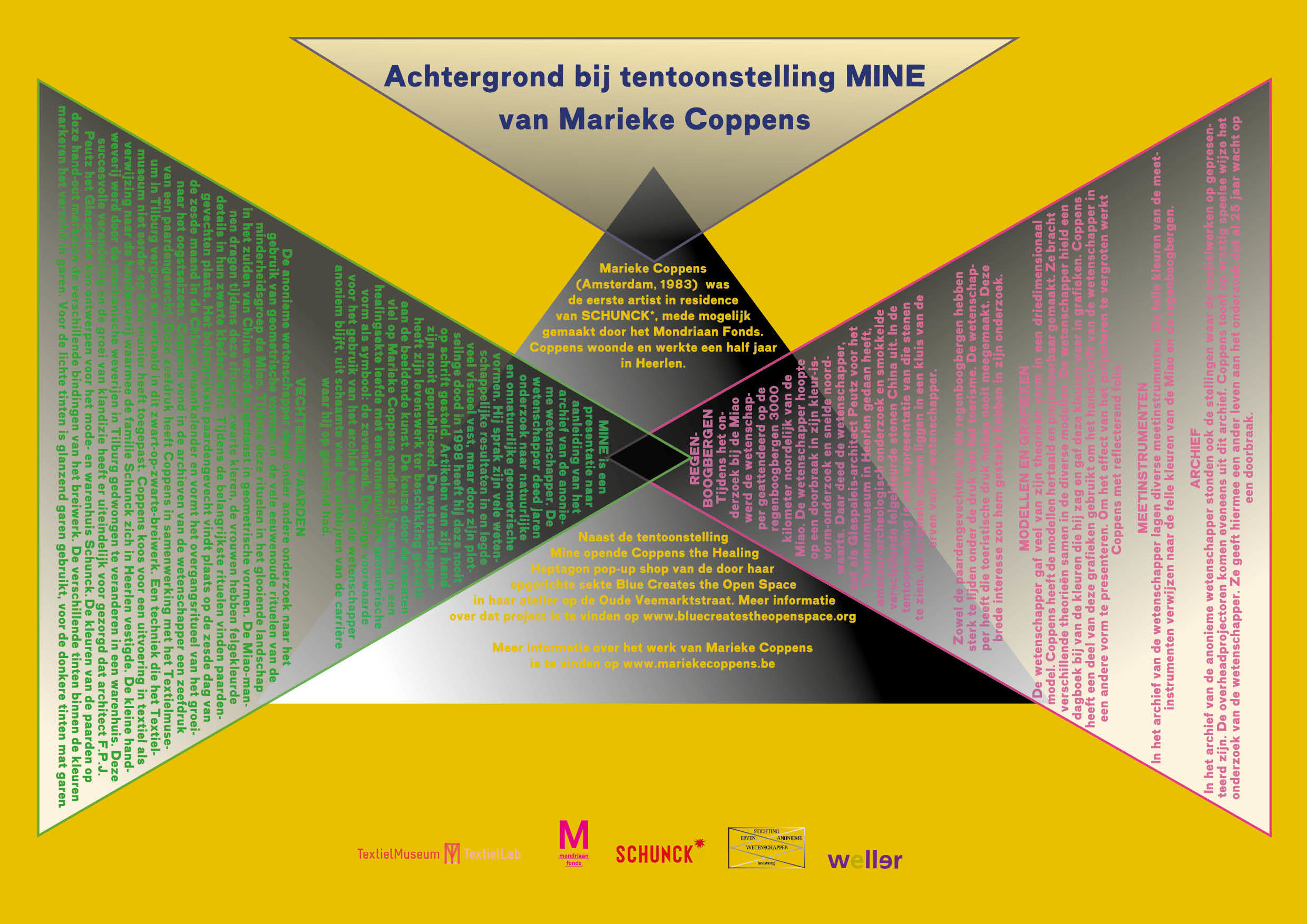